Okay, just kidding. I mean not really, but you get it. This past fall I was able to put together a trip for a place I had dreamed of going since watching the Lizzie McGuire movie when I was younger. After going back and forth with making decisions, I decided that ultimately it would be best to do the Amalfi Coast and then make our way up the Italian Country.

So, flying from Budapest was made actually quite simple. My friend and I booked a $20 one way flight to Naples with RyanAir through the Momondo app. We found this was the easiest way to get to Sorrento without breaking the bank. From Naples, we took a bullet train to Sorrento that took about an hour. The train only costs 4 euros, and offers amazing views along the way. In addition to seeing the coast you’ll also get to see Pompeii which is pretty neat. Sorrento is a very walkable and small city, so it was only about a 5 minute walk to our Airbnb. Sorrento is the first ~official~ city on the Amalfi Coast so it’s only a taste of what’s to come but MAN is it gorgeous.

I remember first getting to Sorrento and just feeling so happy. The energy there is so vibrant; everywhere you look is lemon trees, a cute gelato place, or a breathtaking view of the coast. One thing to be prepared for though is the prices. This is something that is honestly for the most part unavoidable in southern Italy. Honestly though, it’s 100% worth it. The pasta is handmade at most places every day, wine is perfectly aged, and the cheese is unlike anything I’ve had before so needless to say I splurged.

In an ideal world, the Amalfi Coast is best seen from a pretty boat ride. However in my case I 1) didn’t have $600 to spend on a boat ride and 2) it would’ve been way to cold to do one. If you can do it though, you definitely should. I opted into taking a small tour from Sorrento to Amalfi for around $45 and honestly I really enjoyed it. The tour was super small so it felt really personal, and the driver made sure to stop for photo-opts along the way plenty of times. We got to see Positano, Amalfi, and finally tour a Limoncello factory which was so fun and honestly dangerous because they give you like 3 shots in a minute.

After we finished up our tour of the Amalfi Coast, we headed back to Sorrento to take a train to Naples. The ticket is seriously like $7 and it’s almost similar to a public transit train. I really enjoyed the ride because you got to go past Pompeii. We only stayed in Naples for a night so we could catch our train to Rome in the morning, but when in Naples you have to stop at L’Antica Pizzeria Da Michelle Napoli aka the pizza place from Eat, Pray, Love aka one of the best movies of modern times.

To get from Naples to Rome you have to take a bullet train. These cost about $50 but can get you there in a few hours, plus the trains are super nice. I unknowingly sat in first class until the end of the train ride when the conductor realized my friends and I were supposed to be in coach (oops?) but the basic set-up is that there’s sections of 4 seats with two of them facing each other. You’ll get to see a lot of the Italian countryside which is honestly just breathtaking.

In Rome we stayed at the Westin and let me tell y’all…they are not here to play. This hotel is literally what you think of when you think of a European hotel. I’m talking red cushioned walls, little balconies overlooking the city, huge bathtubs, just like everything. So beyond nice. Also, their breakfast buffet like don’t even get me started!!!

Rome was gorgeous, but I’m not going to lie it honestly wasn’t my favorite or something I feel like I need to see twice. I think it’s important to see all the sites because they are so historic and beautiful, however besides that Rome is just a dirty place. I hate to say that because I romanticized it for so long only to realize that it is a dirty city with a lot of trash and people trying to scam you. With that being said though, DON’T let that be the reason you don’t go to Rome because I still highly recommend it. I just wouldn’t make your trip be centered around Rome.

Rome is FULL of sites to see, it would take at least a couple of days to see all of them so I’ve narrowed it down to my favorite spots to see. First, the colosseum. Everyone knows the colosseum, and let me tell ya it’s even bigger in real life than it looks in pictures. I didn’t do a tour because the line was 3 hours and tickets were $50 but if you want to do that, I’ve heard great things about it. Other than that I think it’s really important to see the Spanish Steps, Trevi Fountain, The Vatican, and Roman Forum. The best time to see these sites (especially if you want photos) is early in the morning. For the Vatican, AND I CANNOT STRESS THIS ENOUGH, go with a tour. Most of the time I’m against tours, but this is one of those cases where if you don’t take a tour there’s a huge chance you wouldn’t make it in. The Vatican gives tours first dibs on getting into the Vatican, so if there’s a lot of tours going on even if you bought a ticket in advance you still might not get in.

I only spent one full day in Venice, but it seriously captured my heart. The canals were so dreamy and the buildings were even dreamier! If you have to choose between Rome and Venice…DO VENICE! Of course there are tourist-y spots in Venice, but it is so easy to get lost between the alley-ways and find cute little nooks of the city. Gondola ride prices are mandated by the city, so it’s pretty much impossible to get one for less than $70 for a 40 minute ride. However, not to stress because the price is by boat not by person, so if you are with a group it’s an easily manageable price. There was something about this place that felt so warm and cozy.

Besides doing a gondola ride my favorite things were the Jewish Ghetto, Rialto Bridge, walking along Grand Canal, and getting lost within the city. Whenever you are booking your hotel know where you are actually staying. Venice is actually an island, so many hotels will advertise that they are in Venice when they are actually 40 minutes out of the city. This is not necessarily a bad thing, but it is definitely something that should be accounted for when planning out your trip. The same applies if you are taking a Flixbus or something similar. Venice has two stations which it considers to be a part of “Venice” one is on the island which is Tronchetto, but the other is not.

Thanks for reading along, and be sure to leave your recommendations below!

5 thoughts on “How to Spend 7 Days in Italy” 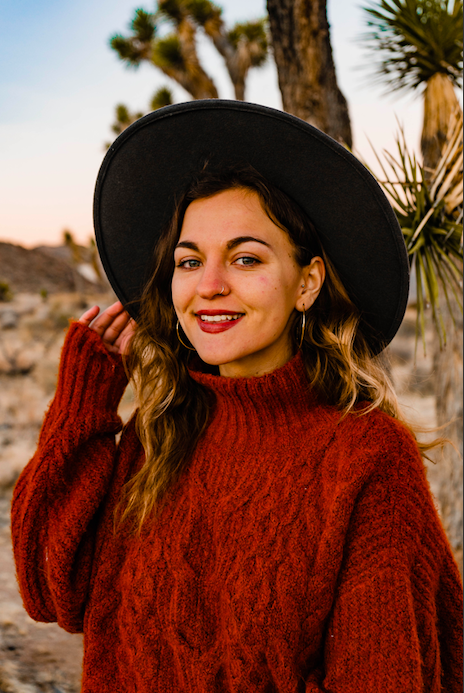 Hi everyone! I’m Lauren Russell, a travel and lifestyle blogger based in Phoenix. You can almost always find me outside on some adventure. Find links to my freelance work here